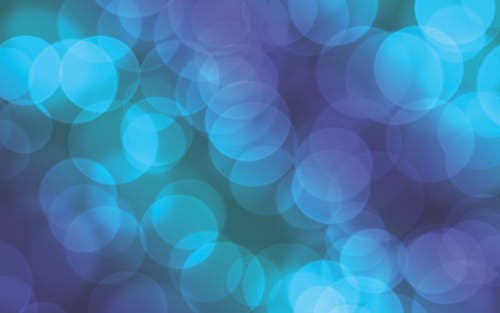 You don’t mind staying? they asked.

Do you want anything? Some coffee, maybe?

I’m fine, I say
And they left for dinner, the brothers and their families

I sat next to Ethel in her withered shell watching, wondering
which shake of her palsied hands would be the last

What words describe the soft leather of old hands, the slow nod marking the muscular music of Parkinson’s, or the rosewater smell of spirit departing?

What poetry can commemorate a matriarch?

The family stood around talking and doing what families do when gathered at the foot of a loved one’s hospital bed. There were jokes and recollections, catching up and condolences, and underneath it all the half whisper of bittersweet longing which accompanies the knowledge that death is waiting nearby. I had offered to stay with Ethel while the rest of the family – her children and grandchildren – went for food.

It wasn’t until they left that I realized – to be with someone in silence takes great emotional energy. It takes time to accept the silence. I filled the initial awkward moments of our time together speaking with her, or rather to her. For a good half hour I talked about her granddaughter, my wife, and how we met. About wanting to have children. About choosing to raise those children in a Jewish household. I guess in some way, I was trying to do what the ancient Egyptians did. I was packing Grandma Ethel’s metaphorical tomb with stuff to make her journey to the next world easier, lining the mental sarcophagus with knowledge that traditions would be maintained, that she could already be proud of her yet-to-be-conceived grandchildren.

I kept thinking, I wonder if she can hear me. Is she even alive in there? The machines indicated yes, but a voice deep within me argued that life is more than a heartbeat or a flashing synapse. Every few minutes my mind would return to this. If she was conscious, what was going on in her mind? Was she lucid behind the veil of her coma-like sleep? Did she know that she would die peacefully within the next two days?

I’ve been close to death before. In Korea, I witnessed a man die days after sustaining a severe head wound during a military training accident. Several times in my life, I have glimpsed twisted human wreckage while driving by the scene of a car crash. Each time I see death, the Reaper’s swinging scythe crops my emotions into a collage of fear and slow panic. But sitting there with Grandma Ethel, as she rested peacefully in a room decorated with furniture from her home, I felt none of that horror. Through her silence, she seemed to convey calm and reassurance that all was as it should be.

As I became more comfortable and learned to trust the silence, I was able to hear something that my monologue had been drowning out. There was wisdom in her breathing. Every breath she inhaled contained all of the world’s past, and each breath she let go sent tiny traces of her into the future. I closed my eyes and saw tiny particles of Ethel flowing into my nostrils and down into my lungs. I saw Ethel moving through the air, across the surface of the earth, coursing through all living things – and in my awe, I realized, I was holding my breath.

I explored the creases of Ethel’s hands and tried to find words to describe them: gnarled, knotted, knobby, mottled, palsied, leathery, and frail – none of which inspires the image of transcendence and wisdom, humor and strength, that those hands had come to represent. For the two years I had been a member of my wife’s clan, I had heard stories of how Ethel had conquered Parkinson’s disease with her sense of humor, about how she had overcome so many obstacles throughout her life. Her hands were the hands of a queen mother and their constant shaking was a symbol of her endurance, resolve, and strong spirit.

Grandma Ethel died two days later. There was a funeral. I don’t remember the funeral well, but then, it really wasn’t for me. It was for her sons and their wives and their children and everyone else to whom she belonged. She was the matriarch of a clan, the sun around which an entire system revolved.

What I remember, and what is important to no one else but me, is the circuit forged in the silence between two strangers. We became something in that silence that my words struggle now to express. Ethel and I formed an ancient symbol, whole yet separate. We were sound and silence, youth and age, masculine and feminine, waking and sleeping, living and… transforming. Ethel will live on, her leaves gently shaking on the family tree, reminding us of her strength and fragility. And I know that her breath will be flowing forever across this world, into the nostrils of every living thing – into me and my wife and our children – carrying with it tiny molecules of laughter and loving grace.