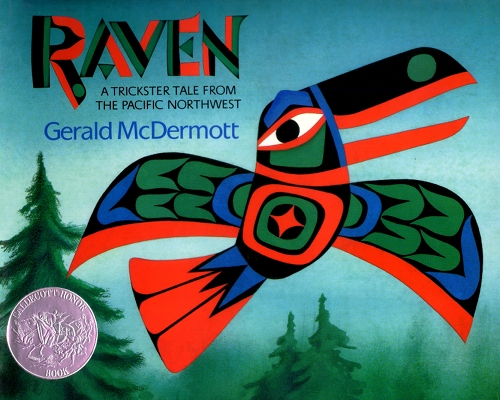 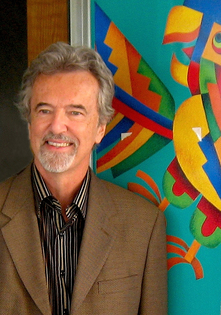 I met Gerald McDermott in the spring of 2008 at a Joseph Campbell Foundation workshop at the Esalen Institute. He was the kind of person that was instantly familiar – as if you had known him for years. I was immediately drawn to him.

I met the man before learning about Gerald as the artist. He was a quick wit, an insightful ponderer, and a charming conversationalist. He contained multitudes. His rich dulcet basso voice was made for telling stories and he had many to tell. We talked about narrative and myth, about tai chi and movement, traveling and his love for Paris, dreams and music and laughter and life… Gerald and I somehow fit an entire lifetime of ideas into the hours we shared over the five days I spent at Esalen. And the magical thing about Gerald was that everyone who attended the workshop probably felt the same way.

Although I am spoken for and he was twice my age, we bonded over our mutual crush on Jessica Fox who was participating in the workshop. She was a compelling character as well – and the two of them were a joy to spend time with. Ever the trickster, a month after the workshop, Gerald sent me an email that read “Eat your heart out, fella.” and included this picture of him and Jessica. Gerald, you old dog.

Here are some pictures of Gerald from Esalen…

After Esalen, Gerald and I continued corresponding and talking by phone. At one point, he asked me to help develop his website. Through that process I learned about him as a creator. Words like author, illustrator, filmmaker and artist are often used to describe Gerald, but those labels – although accurate – just don’t do justice to the man as a whole. He was all of those things and more, a deeply expressive and creative force whose gentleness and genuineness made him a beacon in the dark night of humanity (a phrase I have borrowed from a friend).

Through his books, Gerald became a fixture in our home. Becca and I read his trickster tales to our sons countless times. Both boys remember them. Sawyer, my youngest, came into the room as I was writing this and began recalling the story of Raven and the one of Djibuti the tortoise. I sent the video at left to Gerald after he had sent Sawyer a signed copy of Raven. Sawyer was four. He gave Tynan a copy of Coyote.

In 2009, I was invited to Esalen to play music for the same Joseph Campbell Foundation workshop. Gerald and I were roommates for the five days and we were like old school chums (albeit separated by 25 years). If my first time at Esalen was magical, this one was transcendent. I have a notoriously bad memory – I’m talking huge chunks of my life evaporated kind of bad memory – but the memories I carry of time spent with Gerald McDermott shine very clear and very bright.

December 26, marks one year since Gerald passed away at age 71. He was sick and in quite a bit of pain, both physical and emotional. A good friend of his, Doug Cushman, has written a touching piece here about Gerald that speaks to the difficulties he was having toward the end. Doug does a wonderful job of capturing his spirit and character. I miss Gerald deeply.

What follows is a show-and-tell for those of you who may not know of Gerald’s work as a creator (read a concise career overview). The first three images are from the website I developed for Gerald. 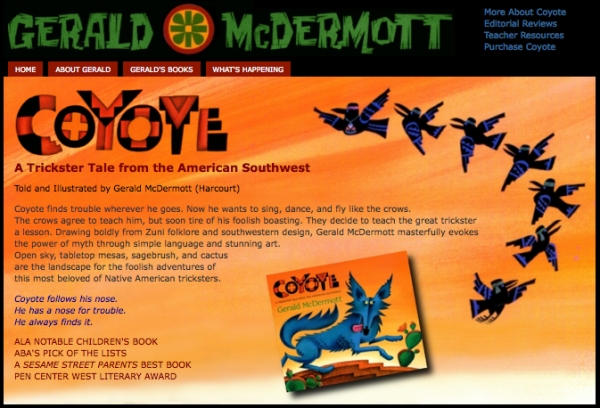 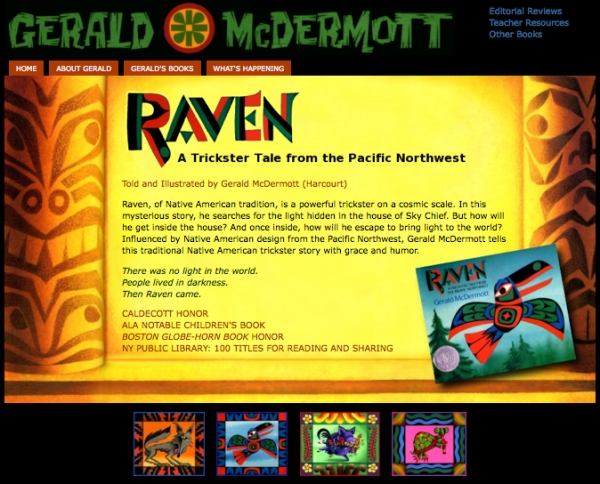 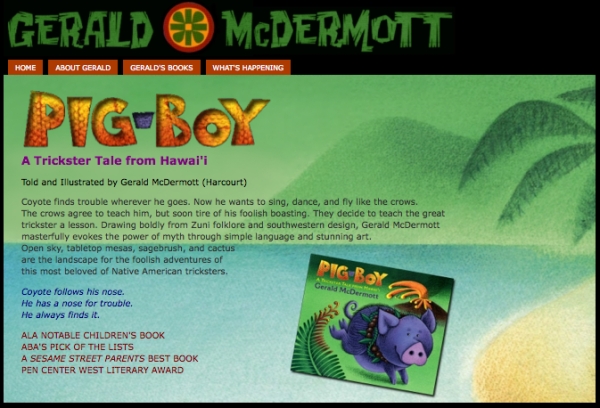 The slides below feature some of Gerald’s book covers.

Lastly, here are three of Gerald’s films: The Stonecutter; Sun Flight: the Myth of Daedalus and His Son, Icarus; and Arrow to the Sun.