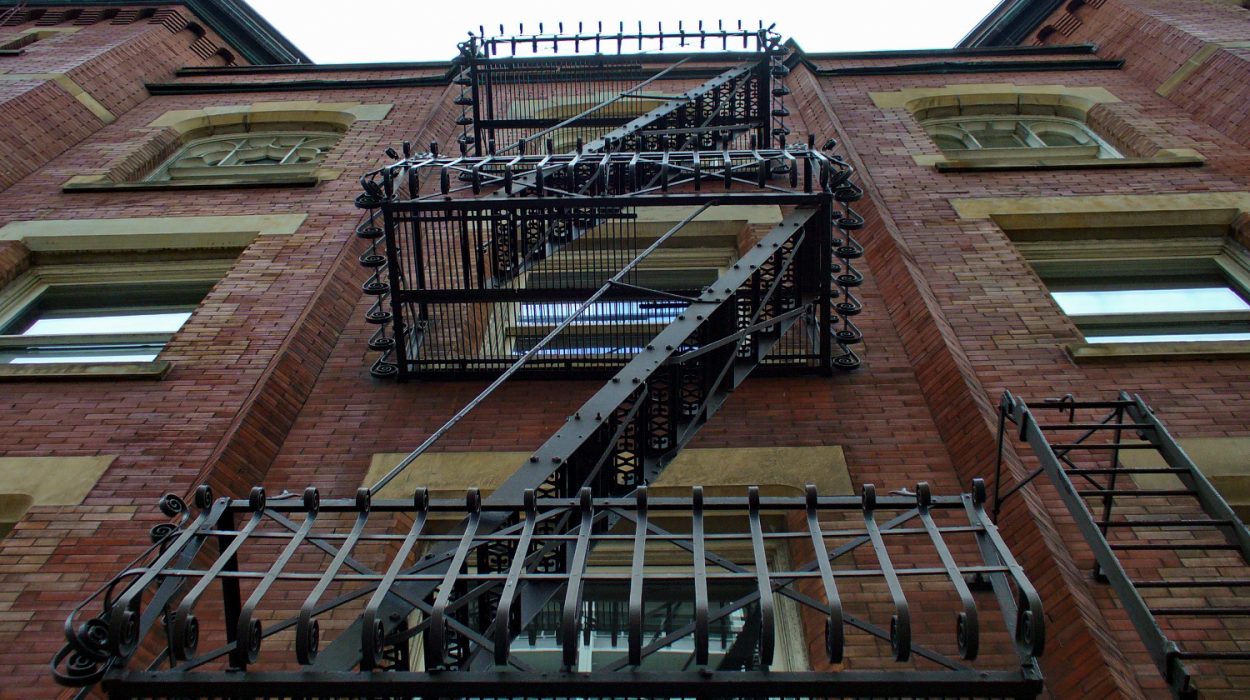 The sweet strains of Billie Holliday floated from an old tube radio in an apartment somewhere below my perch, echoing off faded bricks and streaked cement. The thin cacophony of traffic thirty stories down honked its way across town and from the next building over, the voices of a man and a woman shrieked in violent counterpoint. The hiss of daily life obscured the words they said, but I sensed that I’ve heard them somewhere before. Perhaps I’ve said them on occasion. Or written them.

I pulled myself back through the window from the fire escape, moving slowly, letting my eyes adjust to the muted dimness of the old apartment. Like a Polaroid, it unfolded before me: the last night’s cold pizza on the table, an old pair of Levi’s thrown across the arm of the couch, an unfinished bottle of Night Train by the typewriter, the floor littered with the flotsam of lethargy.

I moved to the City five years ago because I am a writer and that is what I thought writers were supposed to do. A juice flows through the City that attracts writers like sharks to blood. We are thirsty for it. We inject it, put it in our fountain pens, bathe in it, drown in it. I dreamed that I would swim through the juice to my agent’s office where my next best-selling novel was already being lauded as a classic of our age. But since my arrival, I had written only rent checks and a few unsent letters that sat on the table marked with perfect circles of dried red wine.

I stood before the typewriter, looking over the story I was writing the night before. I had created an ex-girlfriend for myself and named her Colleen. She was pregnant from being raped three months after we broke up. I wrote myself as the heroic martyr who came to her rescue – she was the modern day damsel. I told her to imagine that the child was ours hoping that maybe it would help her through.

The tragedy unfolds… It was a boy. She named it Gabriel: the might of God. Colleen would talk of his might – how he pushed at the walls of her uterus with clenched fists. How he kicked so hard that her spine ached. Had he lived, he would have been a fighter. Part Jew, part Irish, conceived during the violent struggle of rape. But by the strange grace of the God whose might he reflected, Gabriel would not see his third birthday.

When he was born, I felt left out somehow. For the five months that I had known Colleen was pregnant, we had created a living fiction together – I was becoming that child’s father because the story was being written that way. She had even taken to telling people that “we” were pregnant. “Yes, we’re eight months pregnant,” she would say. I was never sure if she meant “us” or herself and Gabriel. By that time I was fully embracing my role as father-to-be. All of our mutual friends played along as well. Looking back, I can’t explain how what had started as a friendly gesture on my part was now a full-on community fabrication. But standing there in the delivery room, the horror of what was happening made me want to vomit. This was not my child. Colleen was not my wife. I was just a bystander.

For a brief moment, I felt a stinging guilt. He’s screaming at me, I thought. He’s screaming because I’m not his father. If we hadn’t broken up, she wouldn’t have been alone that night. A month after he was born, Colleen moved in with me and the fiction became real. We even talked about getting married.

Two years later, Colleen and Gabriel left this world. Hit and run on the way back from the swimming pool. I had argued with Colleen about going. She said that I needed a break from my writing – I argued that I just needed some time alone at the typewriter. I can’t remember what my last words to her were, but I curse myself for whatever I said that kept me from dying with them. I never imagine that going on that drive would have kept them alive. I see only a weak and hazy image of the three of us, sitting in the car, driving to heaven. Together.

I sit now at my typewriter feeling nothing. Feeling the absence of nothing. For five years, my life has been stuck between floors. For five years, I haven’t been able to write a word. The juice I had hoped would be flowing like rivers through the streets was nothing more than a hint of urine odor down a dark and cluttered alley.

I walk each day in a city with a million stories. I see them in the Park, rustling along the grass; in the subway, darting onto trains; speeding by in dented cabs. Never stopping. The bricks of every building in this city hold stories, but not for me. When at last I think I’ve caught one, it wilts. It crumbles away. Like Gabriel. Like Colleen.

Hours later, I am in bed listening to night noises. The traffic at night has a different flavor. Day traffic is frustrated, urgent, cynical. Night traffic has a particular poetry to it, as if the cars are from another era. I know this is not true. I just want to think that after a tiresome, rankling day, the city dwellers become elegant and sophisticated. I want them to be on their way to a swank party in Manhattan with debutantes and diplomats. I want them to be sipping Chardonnay and nibbling hors d’oeuvres, talking in hushed voices about fashion and the arts and my latest book.

I have a dream of searching for paper in my cluttered apartment. One piece is all I need. I cannot seem to find any. Where could it be? I have to have paper. I have worked so hard to convince myself that I am a writer – and writers keep reams of paper around. To soak up the juice. To mop up the excess emotion of their lives. To scrub the dirty residue of humanity from their memories. Where is my paper? Where is my juice?

Next morning, like other mornings, I hug my mug of tea, close my eyes and breathe in the warmth of the street rising past my perch on the fire escape. I begin the slow process of purging that I must do after I write. I flush the pipes clogged with fiction, allowing the clarity of morning to wash through me. I clear away the effluvium that gathers around the dead matter of last night’s ritual of writing aware that I will always carry the ghosts of my characters inside me. And later, as my mind heals, I listen again to the city sounds and contemplate translating the staccato vocal bursts of my screaming neighbors into lines of prose. I will liberate the stories from every corner of the city – let them out, let them live. Perhaps I will rewrite the story of Colleen and Gabriel and bring them back to life.