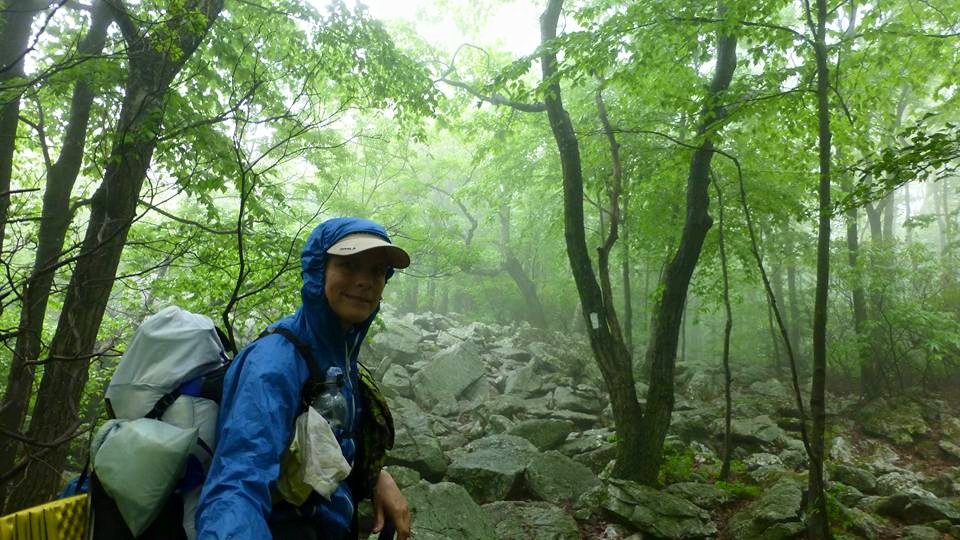 This post isn’t about me. It is about my cousin Susan. I haven’t spoken many words to Susan over the years (when we were younger, our 8 years difference was much more pronounced). She is one of four daughters belonging to my Mom’s sister Martha and my uncle Lowell. I have nice memories of the cousins, but mainly I was the little twerp they were trying to ditch when we came to stay.

I have always kept my ear to the ground via my Mom who would keep me updated about the movements of the extended family, but I rarely had occasion to talk directly with Susan or her sisters. Susan doesn’t know for example how proud I was of her for earning her doctorate in 1992 – or that her personal courage over the years has been an inspiration to me.

A few weeks ago, I learned that Susan was embarking on a solo flip-flop hike of the Appalachian Trail (mid-point to Katahdin first, southern leg second) and once again I found myself admiring her strength and will from afar. As she began posting her daily notes to Facebook, I thought about how poor a medium Facebook is for curating life’s experiences (status updates are so ephemeral).

On a whim, I decided to cook up a blog for her and began copying her posts into it along with her photos. A few days later, I added a map component so that each day of the journey is represented spatially as well as temporally. Since she was posting her mileage information, I also tweaked the blog template to keep a running total of her stats. She is now two weeks into her hike. I hope to catch up with her on the section she’ll be covering in early June.