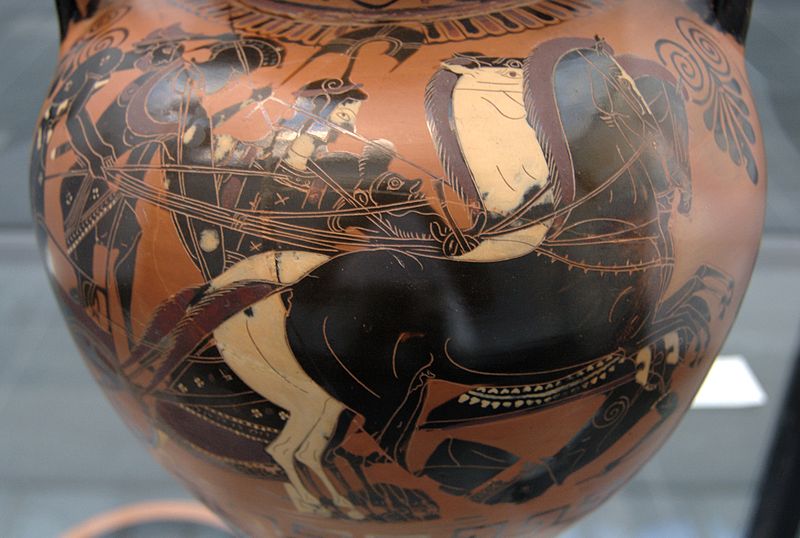 Updating the Map: Toward a “Restorative” Hermeneutics of Mythology

I have a picture in my mind of a worn and yellowed map. In the center of the map is a vast uncharted region with no terrain features, roads, or points of reference drawn in it. Along the meandering perimeter of this void lie several unconnected cities – walled fortresses, really. They bear the names of academic disciplines that have attempted to build roads inland to the heart of the wild: linguistics, psychology, sociology, history, cultural anthropology, theology, and so on. The cities have a proud tradition of defending their claims to the inner-realm, a land they each call myth but define only in terms of their own particular paradigms. This map shows signs of age because it represents the state of myth studies until just recently when efforts to build lines of communication between the cities have become more rigorous.

Historically speaking, scholars of mythology tend to come from other disciplines. That is to say, Max Müller was a philologist, Hermann Gunkel was a biblical scholar, Claude Lévi-Strauss and Andrew Lang were anthropologists, Sigmund Freud and Carl Jung were psychoanalysts, etc. Although mythology – the study of myth – has been developing for well over a hundred and fifty years, few scholars of the past existed only as mythologists. The term is usually prefaced by a handle indicating the school from which the mythologist operates (as in Joseph Campbell, the Jungian mythologist). With this in mind, one may question to what degree mythology should be considered its own discipline at all since it has existed more as a sub-discipline, a slave to many masters. Over the last fifty years, however, mythology has begun to emerge as a discipline (or more accurately, an inter-discipline) with rightful claims as a legitimate area of study. The yellowed map is outdated. A newer map would reflect certain changes in recent scholarship, namely the rise of what Olson calls a “‘restorative’ hermeneutics,” a process by which “one must deploy all the critical tools that are available while not falling victim, in that very deployment, to the new myth of scientism” (2). This process does not imply an attempt to create a unified theory of myth, although various current “monomyth” theories do resemble them. Nor does it suggest that something like a unified theory is necessary or even desirable. A restorative hermeneutics involves listening to the many voices that have contributed to mythology and employing the techniques and methods of knowing therein while maintaining a sense of awe and wonder about the subject of study.

The challenge of developing a theory of myth interpretation is three-fold: we lack a stable lexicon of mutually acceptable terms, we work within existing paradigms, and we operate outside the realm of certainty. Confronted with the many attempts of scholars to lay down workable definitions regarding myth, one might be tempted to agree with Campbell’s sentiment in The Hero with a Thousand Faces that, “there is no final system for the interpretation of myths, and there never will be any such thing” (381). However, it is important in any conversation to begin with some effort to situate oneself within the context of the discourse, to define the terms one will be using. Perhaps a larger task than the interpretation of the myths, is reconciling conflicting definitions. For example, Graves’ position that “a true science of myth should begin with a study of archaeology, history, and comparative religion, not in the psychotherapist’s consulting-room” (31), lies in direct opposition to Campbell’s assertion that “the bold and truly epoch-making writings of the psychoanalysts are indispensable to the student of mythology” (4). We are forced to take sides.

Definitions of myth run a wide spectrum. To say that myths are “traditional prose narratives, which, in the society in which they are told, are considered to be truthful accounts of what happened in the remote past” (Brunvand, 170), is perhaps too vague. This would suggest that all myths embody “truthful accounts” – a distinction that limits the function of myth to a form of pseudo-history. Campbell’s assertion, “that myth is the secret opening through which the inexhaustible energies of the cosmos pour into human cultural manifestation” (3), may be poetically appropriate, but isn’t very useful in terms of establishing a clear understanding of what myth is.

A fairly common approach is to define myth generally as “a story about a culture’s gods or heroes, a story whose vivid symbols render concrete a special perception about people and their world” (Lowry, 3). More specifically, as Patai defines it, myth is a “charter, which operates by validating laws, customs, rites, institutions and beliefs, or explaining socio-cultural situations and natural phenomena, and taking the form of stories, believed to be true, about divine beings and heroes” (2). While this definition is limiting in regards to the truth-value of myths, it at least provides some clearer boundaries for understanding the function of myth.

Examples of the other extreme, restrictive definitions that narrow the scope of mythology, can be found in Graves’ introduction to The Greek Myths I: “True myth may be defined as the reduction to narrative shorthand of ritual mime performed on public festivals, and in many cases recorded pictorially on temple walls, vases, seals, bowls, mirrors, chests, shields, tapestries, and the like.” He proceeds to further restrict his definition by delineating what true myth should be distinguished from (22):

The few examples presented here – a tiny fraction of the attempts scholars have made to define myth – illustrate how no lexicon of mutually agreeable terms exists within the discipline of mythology. The second problem of developing a hermeneutics of myth stems from working within existing paradigms. That is, like the blind men examining the elephant, we are attuned only to the particular aspect of scholarship in which we operate.

As modern thinkers, raised on the milk of scientific theory, we may predisposed to using the rational methods of science to make sense of the world around us. When faced with the unknown, we seek evidence and fact as the cure for our condition. It is no wonder then that many mythologists have tried to view myth through a scientific lens, to try and make sense of it as pre-science or explain it through science. Seeking “fact” in myth has its problems, though. In his essay, Myth as an “Ambush of Reality,” Herbert Mason notes: “Myths have come down to us out of an oral historical past that the more incredulous historians find irreducible to meaningful facts, thus unverifiable and irrelevant and, they are inclined to believe, perhaps even nonexistent” (Olson, 15).

Modern humans also have a tendency to view “other” as primitive, savage, or in some way fundamentally different from ourselves. To be removed from a tradition of myth by geography and time is one thing, but to place a barrier between our own cultural identity and that of other humans from ages past simply because they do not live as we do is irresponsible. I would argue that the human condition changes only in its outer garments. How easily our disdain for the “other” becomes a blindness when learning the mythic traditions of cultures not our own. It is perhaps for this reason that Campbell, in The Power of Myth, suggests for us to “read other people’s myths, not those of your own religion, because you tend to interpret your own religion in terms of facts” (5). Our narrow perspective keeps us from bridging toward an understanding of how other people make meaning within their own system of beliefs because we reduce “other” to something less than ourselves. One mythologist suggests that myth itself can protect against this happening:

Looking at examples of ancient and more contemporary uses of myths introduces their varied cultural values and behaviors to us, and, at the same time, such study helps us develop intellectual tools with which to look at and question our own ancient and contemporary mythic self-understandings. In this sense, studying myths introduces other cultures to us, and at the same time, provides us with different lenses through which to view our own (Leonard).

Another part of the challenge to develop a broader hermeneutics of mythology is the nagging realization that we must always operate outside the realm of certainty. We can never go back to the times that left us the myths. At best, we hypothesize about what myths must have meant to the people who told them. Such attempts have given rise to several closely related schools of mythology: comparative mythology, the “nature school,” and the like. The comparative mythologists borrowed methods from linguistics in their efforts tried to trace myths back to their presumed original versions. The “nature school” also employed comparative techniques to identify what they considered to be the environmental causes of people’s myths. Max Müller’s solar mythology “proposed that all myths could be referred back to the ancients’ fascination with the sun’s waxing and waning throughout the year” (Leonard), while other theorists suggested that meteorological conditions formed the basis of myth.

Although comparative mythologies still offer many insights, they have been gradually replaced by ethnological or cultural anthropological methods. Generally speaking, comparative mythology involved reading myths – as critics viewed it, locking oneself in the library – as its sole method of exegesis. With the birth of anthropology in the 19th-century, collection of “living” mythological traditions through field work became the new darling of myth studies. The shift marked not only a movement out into the cultural arena of field work, but also a difference in the intentions of mythology. Early theories – namely comparative – concerned themselves with the origins and content of myths. The newer theories – anthropological, psychological, literary, etc. – while also interested in these issues, were and are primarily concerned with the functions of myth. Although the new modes of interpreting myth focus on an aspect that is more accessible – there is greater certainty in theorizing about function – there is still disagreement among scholars about the origins of myth.

The challenge of developing Olson’s “restorative” hermeneutics is best illustrated by what Segal calls the “three major questions [that] can be asked of myth: what is its subject matter, what is its origin, and what is its function?” (67). The job of the mythologist then is to ask not which school offers the best approach – but in deploying “all the critical tools that are available,” one must ask to what degree do the interpretive tools and methods each school employs bring us closer to the answers of the questions that can be asked of myth.